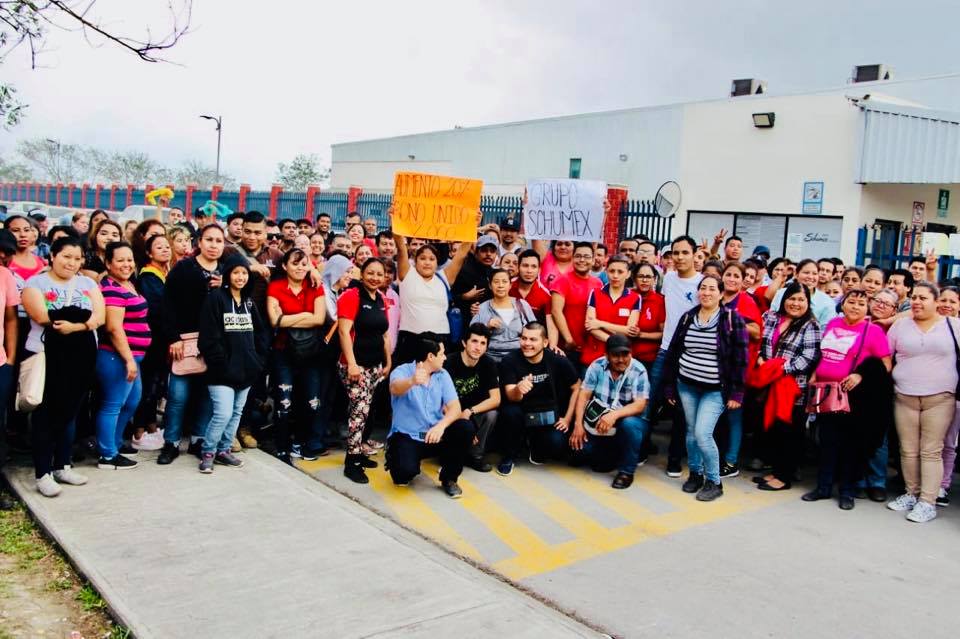 Many a scholar have written about the phenomenon of rising expectations. What is happening in Mexico today should be examined from that point of view.

Tens of thousands of Mexican workers have gone on strike in unprecedented actions over the last few months, most of them at the border with the U.S. — the same border where President Trump wants to build his hated wall.

The workers’ struggle takes place in the context of the significant Mexican presidential election of progressive Andrés Manuel López Obrador in 2018.

In one right-wing view, Wendy McElroy says, “Starving peasants storm the Bastille because oppression has driven them beyond the limits. It is the quintessential image of political revolution. But what if it is wrong?”

McElroy goes on: “Tocqueville, whose … (parents) were imprisoned and nearly executed in the French Revolution, commented … that most histories of that revolution dwell upon the hideous deprivations of the French peasants. … But Tocqueville noted something odd. The strongest revolutionary sentiment was found … where prosperity had been growing. People for whom the bonds of servitude had recently loosened were the loudest voices for change.”

“Karl Marx,” McElroy erroneously continues, “believed that worsening conditions drove the engine of revolt.”  She disagrees and concludes, “Revolution comes from hope … it comes when the forces of freedom offer people a glimpse of something better. Violent revolt is the result of despair and rage.” (Future of Freedom Foundation, May 1, 2016)

In fact, revolutions, whether they rise from “hope” or are “violent,” would be better than what most people face today.

Mexican workers on the rise

Workers and oppressed nationalities in Mexico have experienced it all. They have endured conditions that most people in the U.S. could never imagine. Beheadings. Tens of thousands of political assassinations. Thousands of missing children and families. Inadequate housing, water and employment. Drug cartels almost as powerful as the government.

The government has historically been so corrupt that most people assume each major election will be fraudulent.

But Mexicans continue to challenge the status quo. Protest marches take place daily across the country. In some Indigenous regions especially, the masses have won people’s power and obtained almost full control of their communities.

In 1988 the masses supported a progressive presidential candidate, Cuauhtémoc Cardenas. Despite millions backing him in the streets and in the polls, his victory was stolen.

Mexico has also produced Indigenous armed guerrilla organizations, the most well known being the EZLN (Zapatista National Liberation Army).  Formed in 1994, the EZLN is thriving to this day in the state of Chiapas.

All this takes place in the context of U.S. imperialism treating Mexico as its junior partner in crime. Washington has benefited from the drug industry and spent billions to militarize the country. It will do anything to stop any Bolivarian-type revolution at its southern border.

The will of the workers

Obrador, known as AMLO, was greeted by hundreds of thousands of people in the streets on the day of his inauguration. Around the world, and especially in Venezuela, Cuba and Nicaragua, the progressive political movement was elated that AMLO had won.

And not only were the political movements of Latin America elated, but the masses also had rising expectations.

Immediately López Obrador carried out a gutsy action. He stopped a major renovation of an airport that people had been struggling against for years. AMLO showed support for the struggle and not for the multinational corporations that wanted an “improved” airport.

He did not move into “Los Pinos,” the Mexican equivalent of the White House, and instead opened it to the pubic so that they could see how former presidents had lived a luxurious life. He opted to stay in his own home.

AMLO attempted to deal in a thoughtful way with the tens of thousands of Central American migrants who made their way to the U.S. through Mexico.  He condemned the right wing, Trump-like vitriol of elite Mexicans who attacked the migrants. He continues to consider options best for the refugees, including one-year temporary status in Mexico that allows them to work there.

AMLO is not a revolutionary socialist, but he opposes U.S. intervention in Venezuela — a hugely independent position to take. Not every one of his actions has been progressive as AMLO remains trapped in a capitalist system overshadowed by U.S imperialism. But expectations of him remain high among the Mexican people.

Strikes at the border

It is in this context that the struggle of a large number of Mexican workers has burst onto the scene. Since January, a whopping 45,000 workers have gone out on strike or held major work stoppages at the U.S. border.

Their targets have been the maquila companies. There are thousands of production and assembly plants, most on the U.S.-Mexican border, that employ and exploit hundreds of thousands of low-wage workers. Most of these factories are owned by U.S. corporations and subcontractors, including Levi Strauss, Ford, General Motors and Nike.

Maquiladoras have long been targets of struggle on both sides of the border and have historically received much support and solidarity from union and other activists in the U.S. Maquila plants across the border from El Paso in Cuidad Juarez are also infamous for the thousands of maquiladora women workers who have been slaughtered or have gone missing over the years, for whom international solidarity campaigns have been organized.

According to a Jan. 28 article on the website “In Defense of Marxism” by Carlos Marquez: “On 25 January, 48 ‘maquila’ companies in Matamoros, Tamaulipas, were hit by strikes.” Matamoros is on the border with Brownsville, Texas, one of the areas where Trump wants to build his wall.

Marquez continues: “This is not minor, we’re talking about 45,000 striking workers. In the past several days, the workers revolted against their inert labor leaders and bosses. The workers partially paralyzed some factories. Under pressure, several people went to work, but most refused. Massive, daily assemblies were held in the public square.”

Some of the first Mexican maquiladoras were built in Matamoros, the center of today’s struggle. That’s a great example of the famous statement by Malcolm X about “chickens coming home to roost” as the result of exploitative and violent actions.

Workers are organizing at an “unprecedented rate” along the very border where white-supremacist Trump wants to build a wall.

Marquez details both the trajectory and the lessons of this current workers’ struggle. He talks about the role of leadership from both community support and the factories, as union leaders and their lawyers have received death threats.

A March 28 Vox article confirms that the struggle which burst out in January continues: “Hundreds of Coca-Cola workers are camping out at a major bottling plant until they get a raise. More than 8,000 Walmart employees were prepared to walk off the job until management meets some of their demands. And 30,000 striking factory workers have finally returned to work after a month-long strike.”

The main issue in the struggle is wages. In one factory, initially, the Polytech workers rejected the offer of a 15 percent increase and a $18,000 bonus. The workers generally earn about $2.50 an hour; that’s the reason U.S. companies move factories there.

The campaign has pushed the idea that workers at each factory should not negotiate alone but as a group — an advanced and exciting tactic. The campaign has been so successful it has sparked the “20/32 Movement” referring to the demand for a 20 percent pay raise and a 32,000 peso annual bonus, about $1,600.

At least 14 factories have conceded to the demands of the workers.  This is a huge victory that neither police harassment nor death threats were able to prevent.

The workers’ movement is not just angry at the corporations, but also at the union leadership, which historically has pushed sell-out, pro-corporate unions called “charros.”

An article from the Socialist Left makes this point: “In … Matamoros, an important step has been taken to break [the old repressive] structures; the next step will be the struggle for the democratization of the unions.” (tinyurl.com/yy7f3mje)

Wages will continue to be a big issue: “In 40 years, the purchasing power of workers’ wages has fallen by more than 80 percent. AMLO has finally decreed an increase that is estimated above inflation, and a doubling of the minimum wage in the north of the country. This is very limited … but it is still a small step forward. It was AMLO’s decree that encouraged these workers, who mostly identify with the new government, to fight.”

Will there be a socialist ‘Fourth Transformation’?

One of the campaign platforms that AMLO ran on was the “Fourth Transformation of the Country.” This referred to three momentous events that have taken place in Mexico: The War of Independence from Spain, 1810-21; the Benito Juarez reform period of 1857-72; and the Mexican Revolution of 1910-17.

To match that would indeed be a tall order. But the fact that rising expectations have continued to rise at the controversial border indicates great change.

A “Fourth Transformation,” which is a socialist turn in Mexico, would be a game changer of the highest order.

The people of Venezuela, Cuba and Nicaragua would greatly benefit from a historic shift to the left in Mexico.

The movement in the U.S. should do everything to show its solidarity with Mexico.  We should demand: No Wall! No more U.S. interference in Mexico!